Axis Producer, Lucy Wright recently undertook an artist's residency at Analogue Farm in Rossendale! Here's what she got up to! 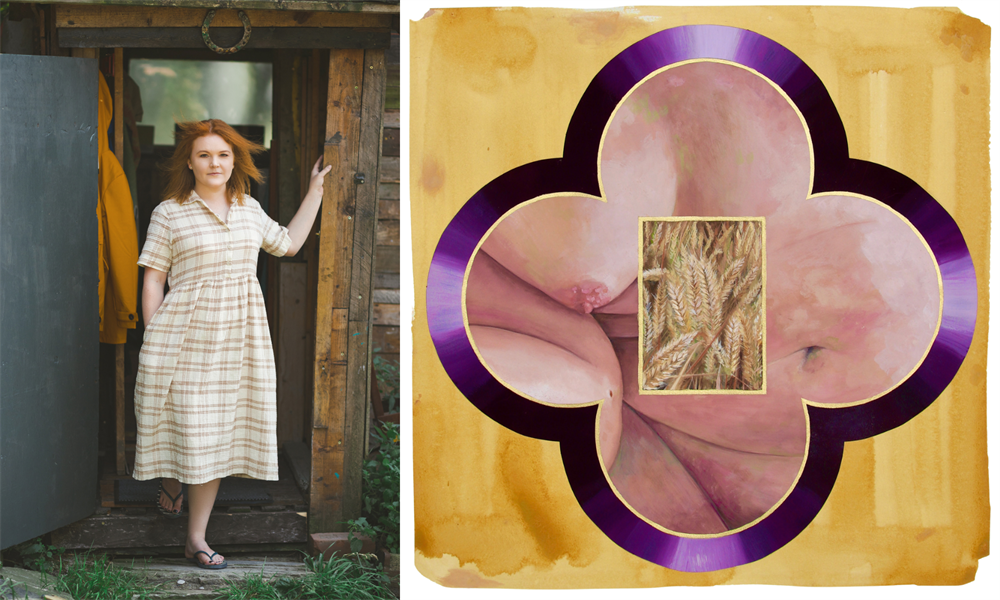 Analogue Farm is a new artist-led community interest company based in Rossendale, in Lancashire. With a strong focus on ‘slow media’—-supposedly outmoded technologies, and practices that involve direct tactile engagement with materials and the land—they launched their first artists’ residency programme in 2022.

Lucy Wright is an artist based in Leeds, whose work combines painting and social practice, often using as source material the large personal archive of photographs and research she has gathered over nearly a decade of documenting female and queer-led folklore and customs. Recent projects have included Plough Witches for Meadow Arts and Chasing the Harestail for experimental Jersey-based art laboratory, Morning Boat.

In August 2022, Wright was the first artist to be invited to undertake a residency at Analogue Farm, developing a body of work, And You Too Have Come Into The World To Do This, which was shown at The Bug in Whitworth in September 2022. And You Too takes as a starting point convergences between the ‘wild woman’ trope and Renaissance images of Mary Magdalene as an ascetic, covered in thick body hair. The resultant exhibition, And You Too Have Come Into The World To Do This—named, as all paintings in the series, from poetry by Mary Oliver, is a reflection on relationships between women, loss and the landscape, as well as how ‘folk’ iconographies and symbologies are co-opted by institutions towards various political agenda. Legend suggests that after Jesus’s death, Mary Magdalene lived alone in the desert for many years, praying and fasting until her clothes became ragged. When they eventually fell away, she grew thick body hair to protect her from the elements. This story has become a potent symbol of Lucy’s own recent bereavement, speaking to women’s hair as adaptation, defence and sanctuary, as well as the reflective, potentially cathartic power of time spent in natural landscapes and in solitude.

Watch a short video about the residency, made by Jules Lister