Artist of the Month
October 2018

What is Poor Image Projects (PIP) and how did it come about?

PIP is an ongoing event series focussed on audiovisual and moving-image art forms. Each event revolves around the work and interests of a different artist and the format shifts to reflect this, from screenings to installations and presentations to performances. Our key aim is to present artists that work with AV media / moving image in experimental and exciting ways and build something of a community around that.

What was the rationale for setting PIP up and what aspirations do you have for it?

We’re both really interested in how AV media is such a huge part of daily life now in all its different guises and so after meeting in 2017, we realised that we wanted to initiate a project which focussed on AV art forms. Our aim is to develop something that can move between different worlds, from big arts organisations and galleries to smaller community and artist-led spaces, and host artists at different stages of their development. Our future aspirations are quite simple, to programme events which present different artistic perspectives on AV media, starting in Leeds with the potential to move further afield; we’re still working out the best ways to do that! 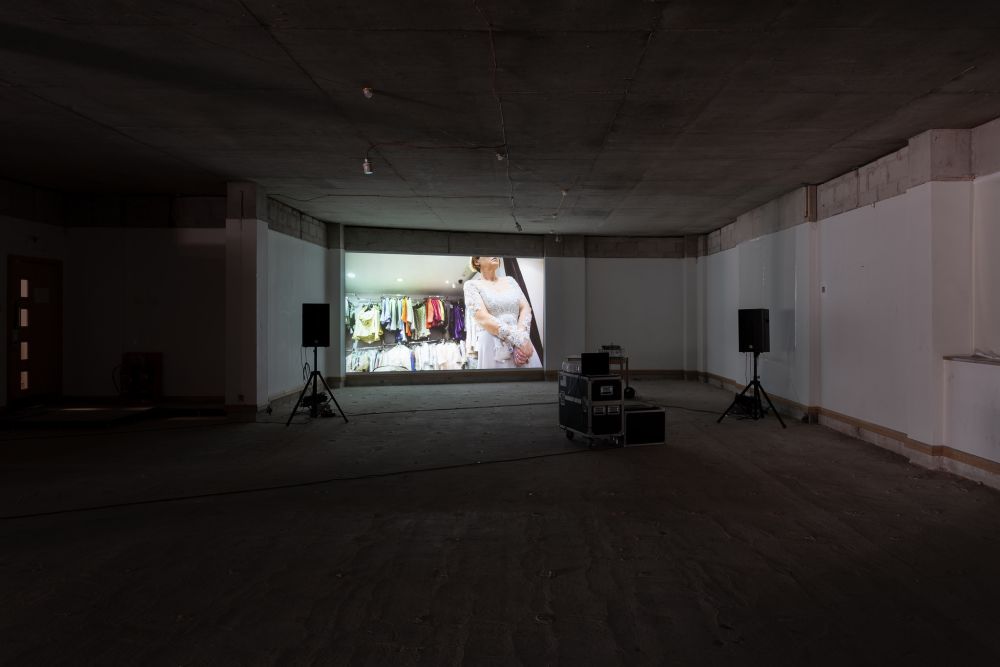 How did the Axisweb Artist Award help with the setting up of PIP?

The Axis award has afforded us a level of freedom we wouldn’t otherwise have had. It means we have a small fund to pay for things like travel for artists, help with graphic design from the lovely Jamie Hudson and professional documentation of events by Jules Lister. We’re also indebted to Lumen Audio-Visual who really generously agreed to provide us with tech for the events. It is thanks to their generosity and the support of organisations like East Street Arts and The Tetley which means the artistic community in Leeds is still so strong; although cultural funding has been slashed in recent years, they are still willing to extend support to newly established projects like PIP.

You describe PIP as nomadic, what are the benefits and challenges of not having a permanent venue?

We imagined various different incarnations for PIP whilst planning, including a more permanent project space. However, apart from the practical impossibility of securing a long term location within a heavily gentrified inner-city, we realised that particular format would also entail us becoming custodians of a space. Now figured as a roving event platform, we can put our energy into the programming and connecting with new artists and new audiences. We like the idea of AV art forms being eminently portable with the ability to unfold and temporarily transform spaces. The one-off nature of the events also emphasises the (we hope) excitement of being there in-person, live. Experiencing the work in this way means it becomes a communal experience; there is something powerful about coming together and focussing ones attention, free from distraction, for a few hours. 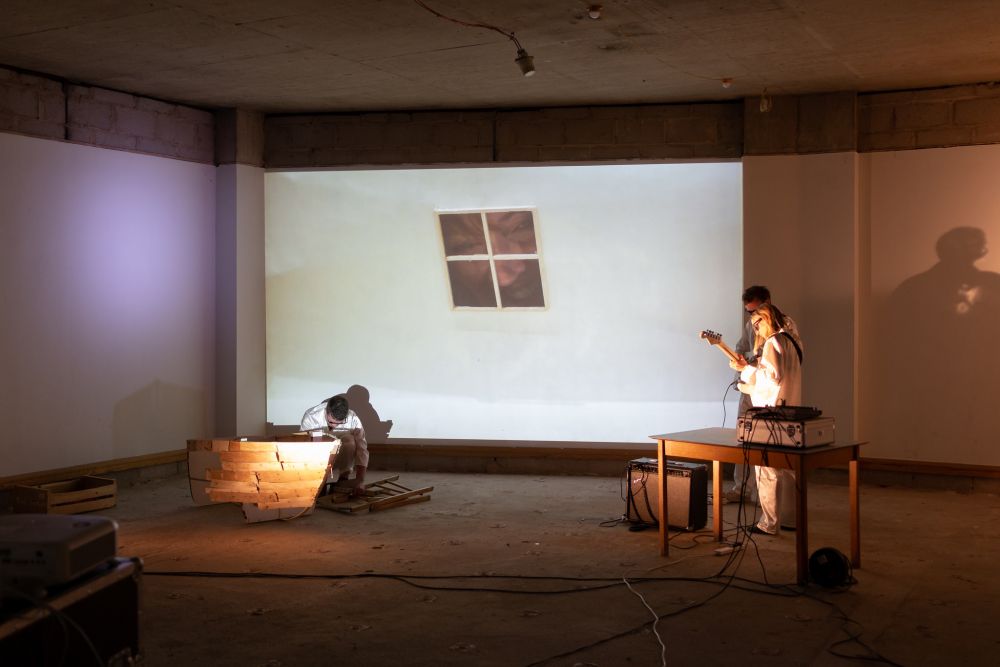 How did you go about selecting the artists for the first two PIP projects/events - Harriet Rickard and Georgia Lucas-Going?

In short, we really love what they do! We saw Harriet’s short film, 'Muddafukka', in Bloomberg New Contemporaries last year and invited her on that basis. Georgia, who was once a student in Leeds, is now doing fantastically well in London. Both artists draw on elements of the everyday - music videos, internet ephemera, pop culture - alongside performance and their own footage. Georgia and Harriet are also clearly very aware of the impact of sound and use this and humour to address difficult political and social issues - that feels very relevant and refreshing.

Harriet’s event took the form of a screening of moving image work followed by a performance (with band!) and Georgia’s event was a performative lecture which started with a moving image piece called 'SELF TAUGHT SURVIVAL TECHNIQUES’ followed by an in depth talk about her practice, threading links through past, present and future work. 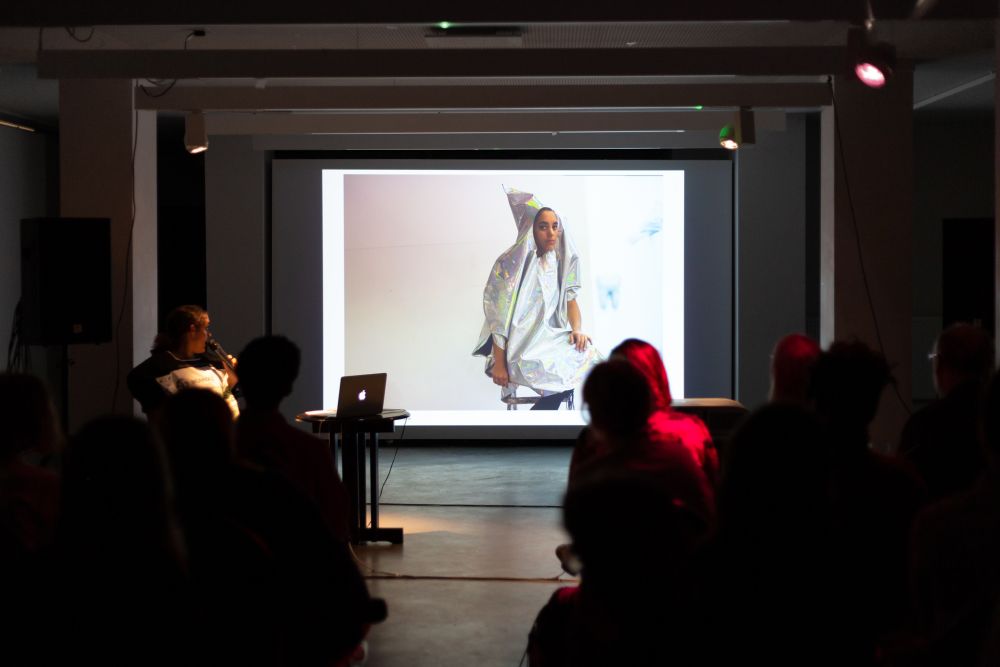 How do you feel the events were received or what feedback have you had?

Both were really well attended by a range of different people and we’ve had some great feedback. After each event, there was definitely a positive, hopeful feeling in the room - we think this has something to do with staging the project as a series of one-off events. Ultimately though, it’s all down to the thought, time and love that the artists put into their work and their willingness to share that with an audience - but it felt really good to have facilitated that.

Much of what we do, using AV media both artistically and professionally, feeds into PIP. For instance, Anya is a freelance videographer and works for the Leeds-based interactive arts studio, Invisible Flock and Beth studied and worked on a variety of projects in Weimar and Berlin before coming to Leeds where she now teaches part-time in the fine art studio at the University of Leeds.

What’s next for Poor Image Projects?

We are working with the arts commissioning organisation, Pavilion (http://www.pavilion.org.uk) and artist David Steans to present a reworked version of his moving-image piece ‘Necrotic Biography Room’. We are also working with artist Claire Hope who is programming a screening of artists film and video works, including her own, which revolve around representations of agency and control.

If anyone wants to get involved, get in touch!