A Stitch for Every Sound [H2O Building] 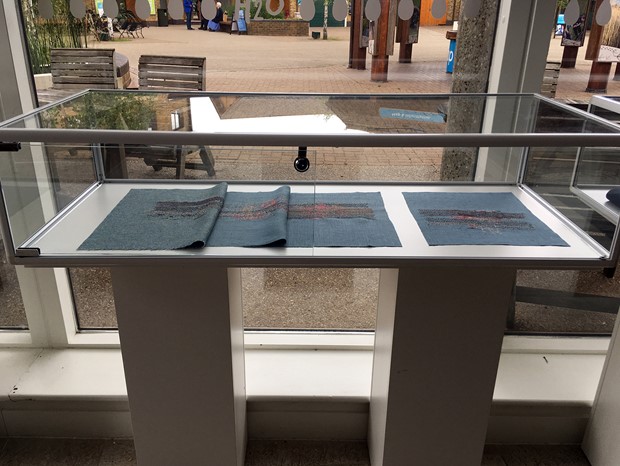 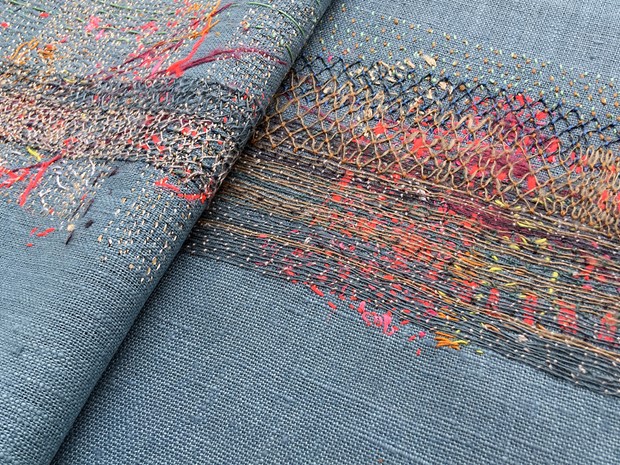 'A stitch for every sound' incorporates a solitary and creative endeavour developed at The London Wetland Centre. There I found a vibrant space for stitchery where stitches became the accumulated marks of my attentiveness to listening. The firmness and character of ground fabric reacts to the threads and plays an important role in the stability of the embroidery through the placement of a stitch - one that can be crisp and clear on the surface or sink into the grain of the fabric. The yarn used serves as a mediator in a meeting of sound and ground fabric. It creates a new set of conditions depending on location, for example when I sat sewing cross-legged on the banks of a pond, on a bench beside a gravel path or protected in a bird hide. Gurgles, creaks, chirrups, sharp calls, distant hammering, squawks, occasional quacks, murmurs, a police car siren, a bark, rustling close by: sounds as a texture crisscross over and through the space where I was seated and merge outwards to the expanse of the sky that connects us to others far away. In this context, the metronymic-like frequency of aircraft is a persistent repetition of filling stitches - often obscuring the linear stitches made moments before. The sudden absence of this sound due to National Lockdown Rules compelled me to question the durability of what I hear and what to make of it when parts of an original rhythm of sound has shifted.
The London Wetland Centre may also serve as a place to engage others to become active listeners, fully immersed in the moment during an improvised action of stitchery. Part of the role of the embroiderer in this context is to filter and identify sounds, to track them, mark their rhythms and let them exist as a texture on the cloth, and to attend, with increased sensibility, to the rumbles of life happening in front, behind, around and above us.