Title: A Play, With Light - Wardain Case No1 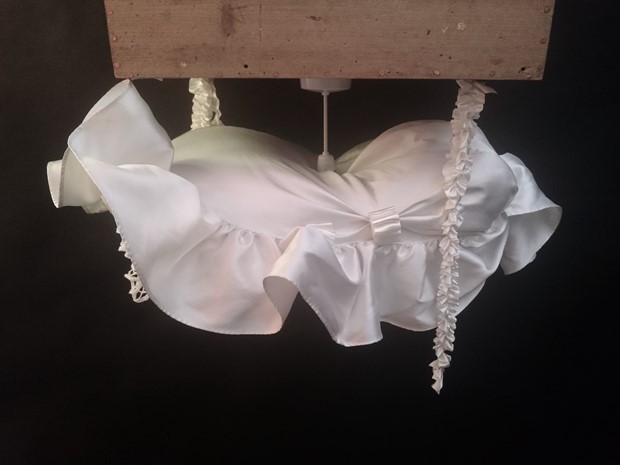 Project: Reactionary | subject: Environmental
A Play, With Light began by a series of works that has been drawn together by Mc Dermott’s different interactions of light within the landscape to create white circles as a symbol of spent energy.

The Wardian cases create the semi-dark space that house sunrise/sunset images of the JOYA: AiR landscape. Under each case an additional level (such as the cushion) is added to give further layers of personality. They were made during lockdown which affected what materials and methods were used e.g. hand tools only. The interior space is influenced by an interest in the construction of buildings and the exterior of the case was inspired by a ceiling at JOYA: AiR residency, Spain. The white cushion was made from a child’s skirt with frills that brought to mind a flamenco dancer - making the connection with the Spanish heritage. The overall concept for the cushion was to give padding to the precious plants in the Wardian case. This idea came from a tray cushion that are used use when sick in bed.

If humans can travel around the world on epic journeys and conquer the world, then we can definitely do simple tasks like reduce our landfill and wear a jumper around the house to reduce our energy bills. I want children to ask to turn down the heating so they take control of their own future.