Touch my skin it’s real. See me I’m gorgeous! - Performing, presenting and projecting the Self & Oth 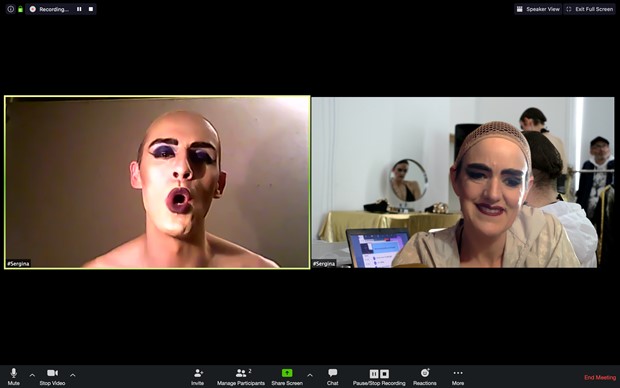 I created this workshop in 2017 and have run it since then in several different contexts, online and offline, over a period of 2 hours or 5 days, with drama students and art students; architects and dancers, at conferences, symposiums and in universities.

“What is important is not a body’s identity, but rather its connectivity. Not its mobility of
location but rather its interface and operation.” - Stelarc, 2011

Considering how we live now constantly in two worlds - online and offline - with the image
claiming ever more dominance on the way we interact with and inhabit the world, this course
gets students to consider their online profiles with the same gravitas as that of their bodies in
space. Using their own Social Media accounts as catalysts for critical analysis, students begin by doing creative writing inspired by these images, which leads to the development of characters which can then be played (with) on stage, and on screen. We talk about the power of context, and the non-neutrality of the internet, and the clash and collaboration of physical and digital performances of self - and others. Beginning at the most intimate point of students’ own digital (self) portrayels, we expand to look at it in a wider context of (identity) politics, gender, drag, and surveillance.

During this workshop students are encouraged to consider the differences between live and
online presence via different technologies, the possibilites and limitations of collaboration,
qualities of communication via each means and emotional as well as intellectual impact of
each media. A presentation about my work as #Sergina introduces students to some of the techniques I work with.