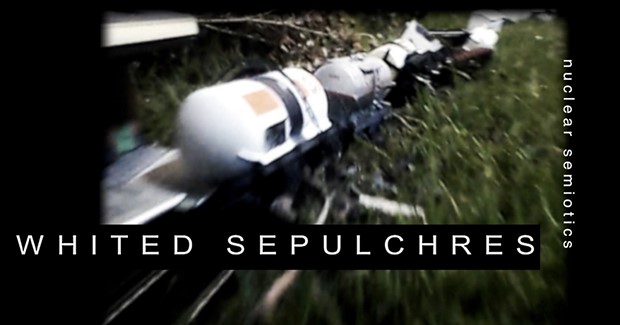 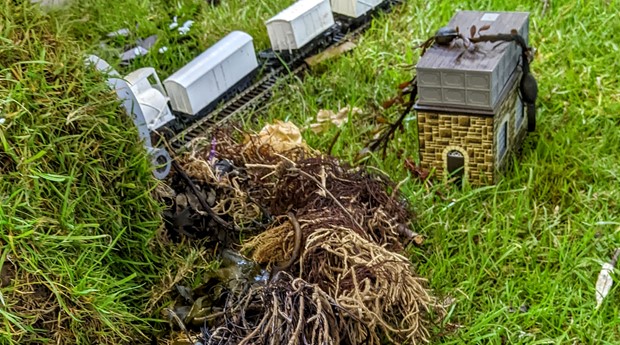 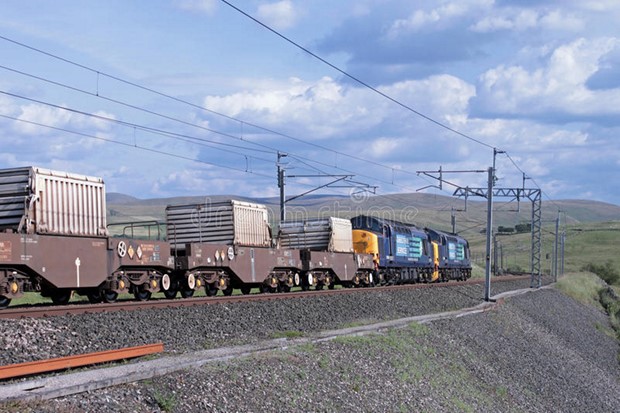 Millom town has become the focus of national interest as a potential location for a Geological Disposal Facility (GDF) or, in plain English, a nuclear dump. Research is now well underway to assess the viability of tunnelling from Millom out under the Irish Sea in order to build this storage facility. This form of disposal has been banned in most other countries.
This new artwork is witness to Irene Rogan assuming a more activist role; seeking to join a campaign to resist such facilities on or around the UK mainland. The installation is multi-layered insofar as it draws on science, science fiction and nostalgia to evoke an image of the potentially dystopian futures such interventions may bring. Inspired by miniature railway dioramas this tableau evokes the spirit of Millom as a seaside holiday resort juxtaposed with the railway with its freight of white nuclear containers or 'Whited Sepulchres'.
The term 'nuclear semiotics' has recently gained currency in relation to the question of how to communicate nuclear hazards to future generations. The installation suggests a loss of memory in the immediate as people—self-destructively—crowd around the nuclear flasks and try to enter the tunnel where the nuclear waste is stored under the sea.
A glimpse even further into the future, possibly in excess of 10,000 years, is represented by the golden baubles. This latter image draws on research suggesting single-cell microorganisms–Geobacters and Reno cocci—may be able, over vast periods of time, to metabolise this waste material. But given that we have already produced unanticipated levels of danger to the whole world, we ask, are they friend or foe?