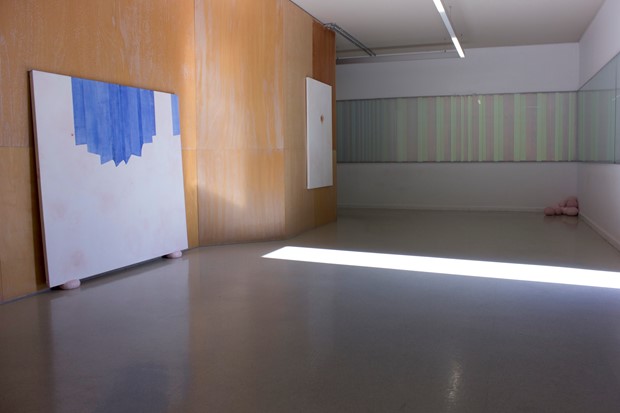 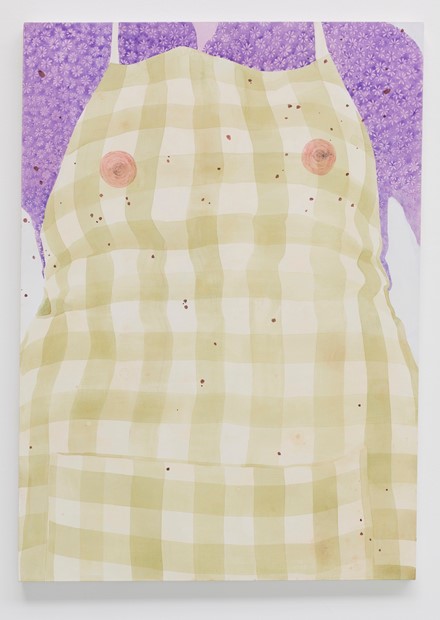 My most recent work explores the vulnerability of the sick (female) body, the subject threatened by disease and the trauma of treatment. Magnified imagined microorganisms proliferate and threaten to overwhelm the canvas. Fluids escape and coagulate. Harsh sculptural surfaces of the scratchy cubicle curtain are set against skin rubbed raw.

Meticulously reproduced pattern is used as a stand in for the monotony of the medical process and the minutia of the everyday. The repeated mark making also relates to a subconscious process, a kind of mesmeric performative action – akin to stitching - sometimes enabling thoughts and feelings to float to the surface, at other times operating like an irritating, obsessive kind of self soothing.

Pattern is also a way to explore longstanding concerns to do with painting, such as the intersection between abstraction and representation. It is a means for rethinking materiality and re-examining the potential for creating a different narrative order.

These works also mark a reemphasis on the materiality of making. They are much more to do with the process of responding to what the paint is doing and seeing where it will lead the work.

In conversation with Mothership December 2016 in Curating the Contemporary,

Mothership – celebrating the Role of the Mother Artist, Mothership exhibition review in Life as a human, January 24th 2017, by AJ Delany and Alix Mortimer