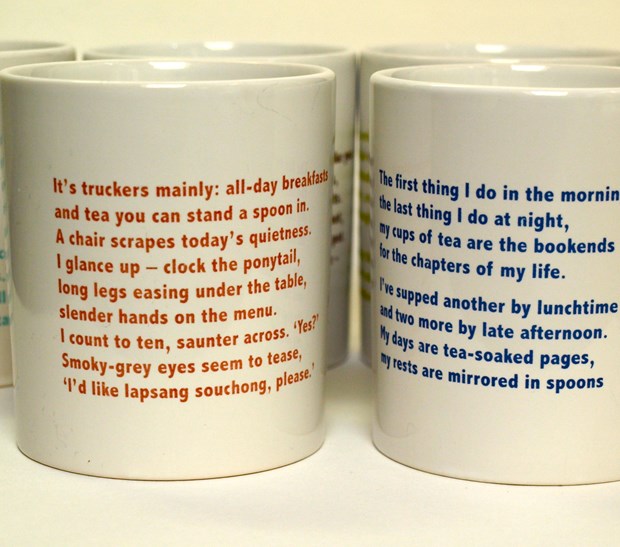 Poetry for Mugs was a light-hearted project aimed at generating a high level of participation. We had always intended a café to be at the heart of BSA and came up with the idea of having mugs with original poems from which we’d serve our teas and coffees. We put out an open call for poets to write a short poem that would fit on a mug entitled My Cup of Tea. Over 750 poets responded, from which four were chosen. In tandem with Sheffield Children’s Festival, we later launched a similar call to local school children, with hundreds sending hand drawn and illustrated poems which were then exhibited in the Centre.