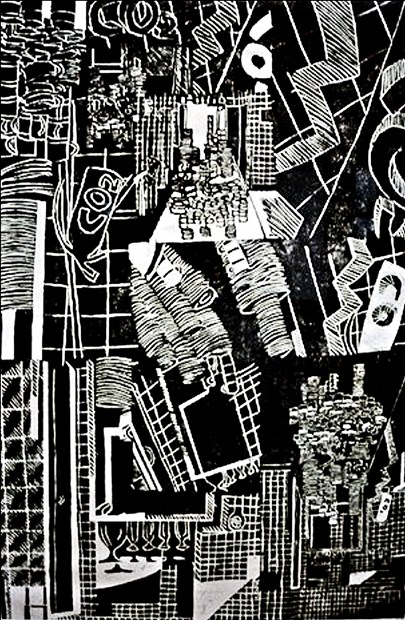 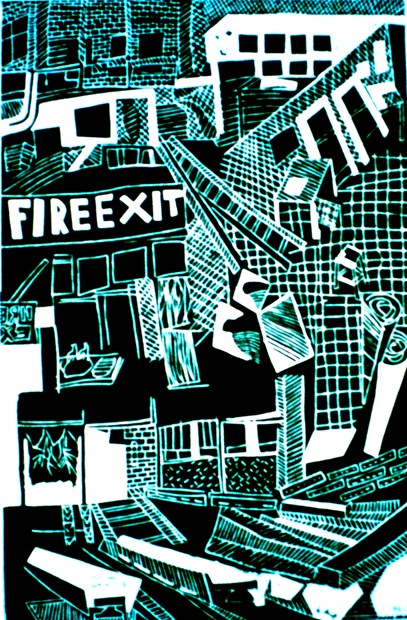 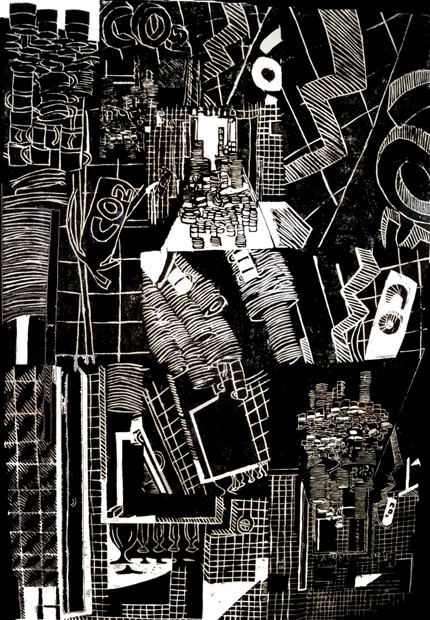 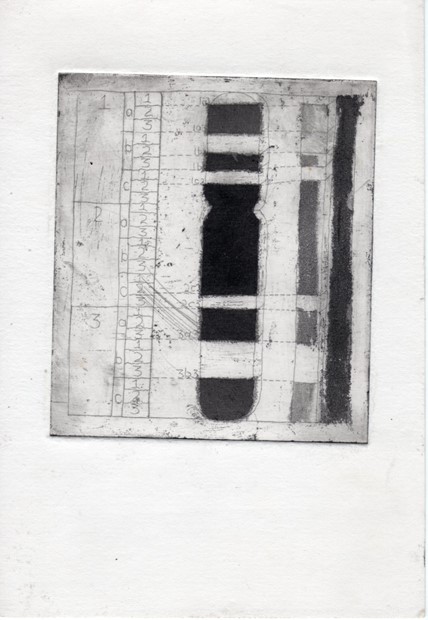 My work has been strongly influenced by the use of space in compartmented objects,
such as cells, pockets and pigeon-holes and the way they have developed and from what. I am also interested by the aesthetics of data graphics, the principles behind the visual representation of data and the links between mathematics and number systems and spacing systems.
This has led me to my more recent work based on the notion of over-decoration of data graphics which Edward R. Tufte refers to as ‘chart-junk’ in his book on this subject, and in turn led me to investigate how over-decoration can be used to subvert an information display, and alter the validity and harmony of a data graphic display, distorting the true information passed on to the 'consumer'.

My practice involves several processes including pieces that employ woodblock printmaking, monotype, screenprinting, computer generated/manipulated prints and lino cutting. Some of my work will involve a combination of these techniques which I usually refer to as low relief sculptural drawings in some instances There can be some interaction between the piece and the viewer.
On the more sculptural side of my work, questions such as presentation and venue
have become increasingly more important, in some cases producing cabinets in which work/information can be stored and viewed.

A working and exhibiting printmaker specialising in woodcut, linocut, I also work as a logo designer and illustrator on a crowdsource basis online where I work with design briefs set by clients. I have experience of game design with Stencyl software. My work has been influenced by the visual display of information throughout history and how and why it has changed. I recently delivered a short and informal introduction to woodcut printmaking which included a slide show with discussion and a demonstration after which the rest of the group worked on their own woodcut print.

Working to strict deadlines to a brief supplied by the customer.

Specialising in printmaking and art history

Visiting exhibitions on a regular basis