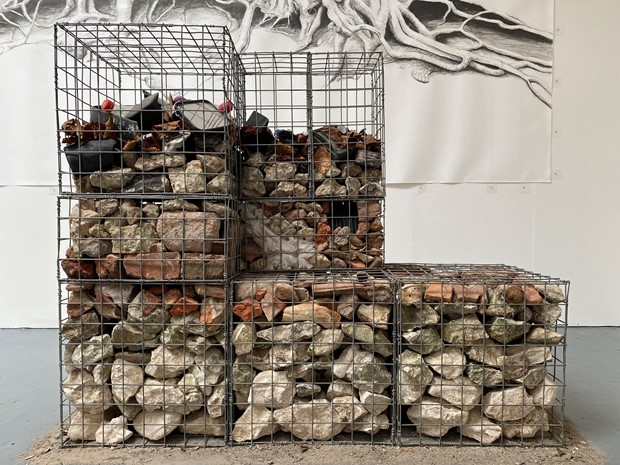 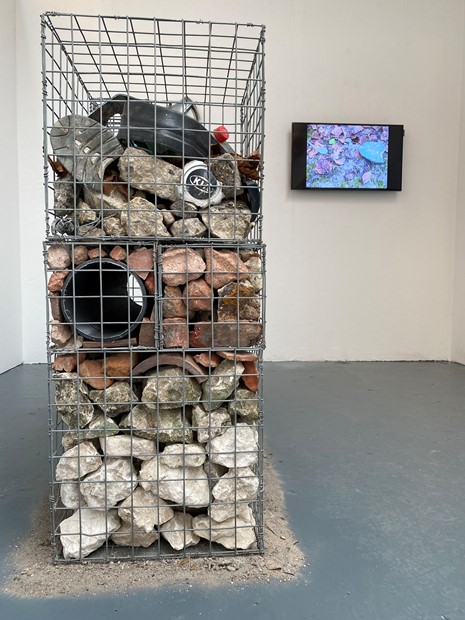 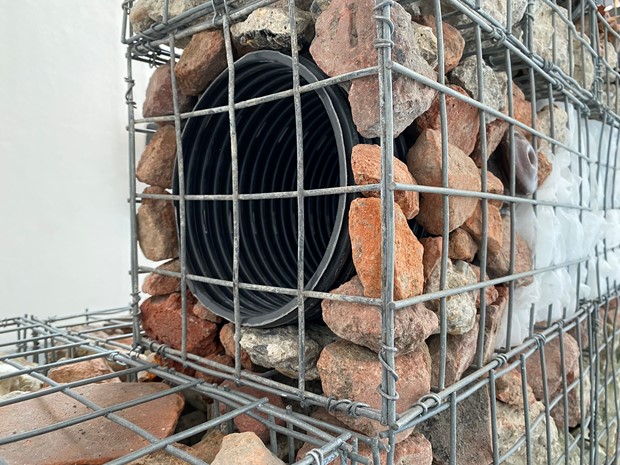 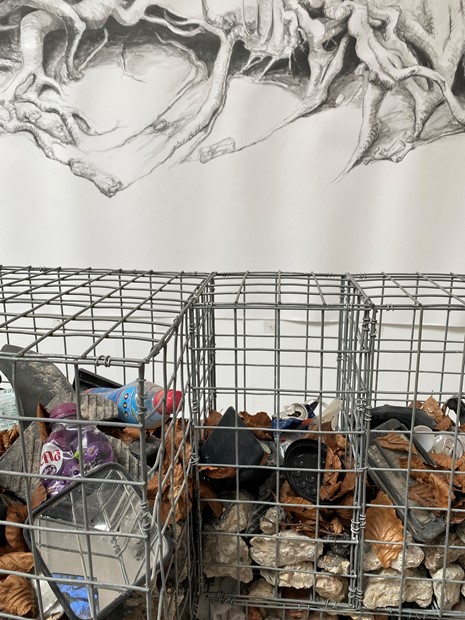 This is the central structure of my installation, Byway 745 Observatory.

It deals with elements of the Quaternary layer of geology, that of made ground and landfill, full of techno fossils. Above the base of chalk there is a layer of brick. A section of French drain, an off-cut from the work undertaken on Byway 745, forms the second layer, wrapped in white fabric “membrane” and packed into the gabion with fragments of brick and concrete.

The third layer of the sculpture uses concrete underneath objects and leaves. The objects were all found during the residency on Byway 745 and find echoes in other elements of the installation, both analogue and digital. The inclusion of two wing mirrors in this layer allows the viewer to catch a glimpse of themselves, as well as the wall based elements in the space, creating another level of connection.