Home Thinking and Ideas 2015 02 Artist of the Month: Linda Persson

Artist of the Month: Linda Persson

From Sweden to Tasmania, February's Artist of the Month is truly international. Linda Persson tells us about her fascination for objects, people and places 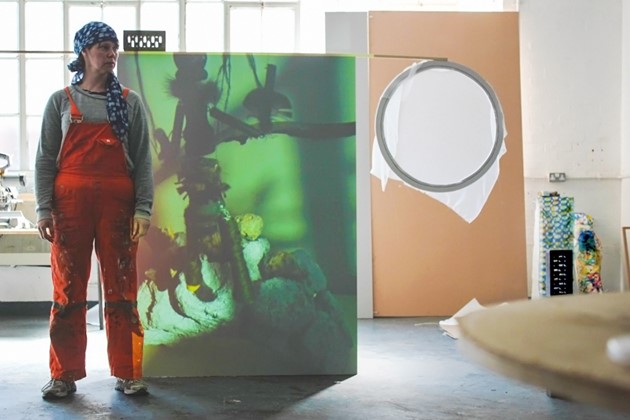 Linda Persson in her studio. Image courtesy of the artist

Lesley Guy: Describe your practice. What do you do?

Linda Persson: The work I make reflects the intense relationships I have with place, material and technique. I research particular objects, places or images and techniques from different cultures through the use of technology, both new and obsolete. When I speak of technological sources I mean anything that has been manipulated by human hands, things like clay, different kinds of fabrics as well as liquid crystal displays or nanotechnology. All these things are ephemeral. Therefore the form in which I work may vary.

LG: The work you make is quite diverse. What would you say connects the things you do?

LP: The agency of objects shifts their status across cultures, disciplines and time. My work focuses on how our images of different cultures are determined by the filter of objects. I don’t want to challenge particular cultures or specific objects, but the filtering process itself. And that’s why the art I make might appear ‘diverse’. Formally and technically all my work is sifted and formed by my hand. For example: I make objects and films; I build projectors or paint on silk.

LG: What are you working on at the moment?

LP: I’ve been in Tasmania for the last five weeks, researching and filming/photographing the different landscapes. I've been looking at the obsolete and continuing mining industry and hydro dams and how they have altered both the landscape and human lives. The aspiration for wealth in the early 20th century drove people to the gold rush in Queenstown, leaving the landscape, once a bush, a barren land. I am interested in this ‘loss’ and the usurping of that, which is both visible and hidden, literally. 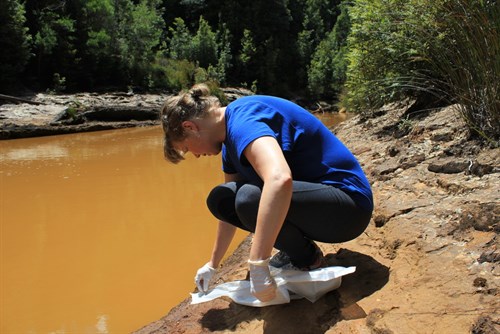 This has meant traveling by foot and car through bush and mountains, filming and photographing as well as taking samples of water and rocks to use as colour for silk drawings. These derelict places that I visit embody a past, perhaps multiple pasts that are eventually forgotten; they don't live on in our history.

LG: Which artists working at the moment are you interested in?

LP: I feel a strong affinity to artists like Lindsay Seers, Ellie Ga and Laure Provoust, Bridget Currie and Johanna Gustafsson Fürst, for their similar processes of investigating cultures, images, animals and language. Their work is very much processed in equally varied ways, conglomerated and translated, re-emerging between words, images and installations.

The older generation of artists that I very much admire are people like Mary Lucier, Sophie Tauber-Arp, Reinhardt Mucha and Dieter Roth. I like artists who really engage with materials and languages, distributing their findings through actions, perfomance and immaculate installations; these are all artists who are not easily pigeonholed.

LG: What is it like being a contemporary artist in Sweden? Is it much different to working in the UK?

LP: I came to the UK in 1999 to continue studying art. Since around 2008 I have been traveling between the countries very regularly, as I show more work in Sweden/Scandinavia than in the UK.

The scene in Sweden is smaller. Many artists are given grants, year in and out, so the hardnosed artist you can meet in London you rarely meet in Sweden. When I am in the UK I miss the intimate and curious art discussions we have with each other in Sweden. After being there in 2011/12 I felt that it was easier to meet and engage with the ‘art scene’ on a much less hierarchal level. If people were interested in your ideas or work they'd tell you and speak to you regardless of your status as an artist.

When I am in Sweden I miss the eccentricity, the enthusiasm and the DIY attitude that I encounter a lot in the UK. It somehow feels easier in London, despite the lack of funds. Artists in London do much more. I wish there were more dialogues between countries and cultures in general.

LP: I am currently working on a few merging projects. The Tasmanian ‘Lost worlds’ that I just have been researching and filming which will be followed by a trip to the south of Sweden for my project 'The Witch Island-The Last Woman', which deals with a particular Island called Blå Jungfrun (The Blue Maiden), famous for its association with witchcraft, so the film will explore a take on the effects of feminism. This island is known as a cursed red granite island (Blåkulla). I will be working with my aunt, who is an actress. She'll be playing the protagonist for the Last Woman.

I am also developing a related project together with the dancer Ina Dokmo, who is based in Gothenburg. These will come together for an exhibition in Lima, Peru, in 2016 at The Centro Cultural Britanico. I've got an exhibition coming up at Norrbotten Museum in Sweden this year. In August I will be heading to Brisbane, Australia, for a five-week granted residency at the IMA gallery and in November I am going to Skaftfell Visual Arts in Iceland for a month-long residency.