Home Thinking and Ideas 2015 11 Artist of the Month: Dominic Hawgood

Artist of the Month: Dominic Hawgood

This month Dominic Hawgood talks to us about GGI, creating narrative in his works and what projects he has coming up. 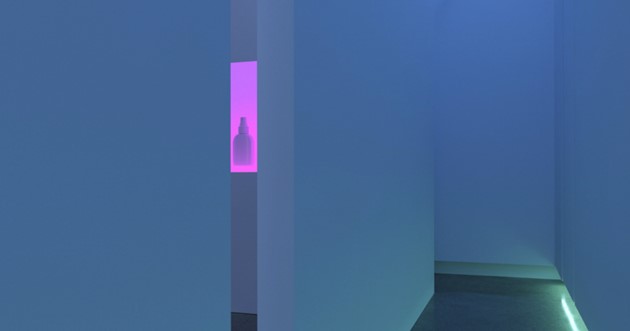 Tell us briefly about your practice, how has it developed in the last couple of years?

I have a background in photography with a rigorous approach from work as a digital and lighting tech. I understand these skills to be transferable, and have set about moving away from photography in an attempt to explore new ways of making art. It feels like things are developing quickly, and what I’ve learnt over the past couple of years is that in a very short period of time it is possible to radically alter your output. Photography still functions as a support system, but now I’m experimenting with lighting design, installation, performance, CGI, and starting to collaborate with different people.

Your work provokes the question what is artificial and what is real, tell us why you think these perceptions are important things to test as an artist?

The way I see it we’re surrounded by artificiality and scenarios that make us question the real. It’s not something abstract, but more part of modern life and something we come up against on a daily basis. We have a preoccupation with things being ever more real and as we merge into a digital world the real and unreal blur. There seems to have been a trend towards this subject matter of late, so picking up on what’s around one is part of making work for me, filtering, appropriating, channelling, reimagining and making sense of all this information around us. 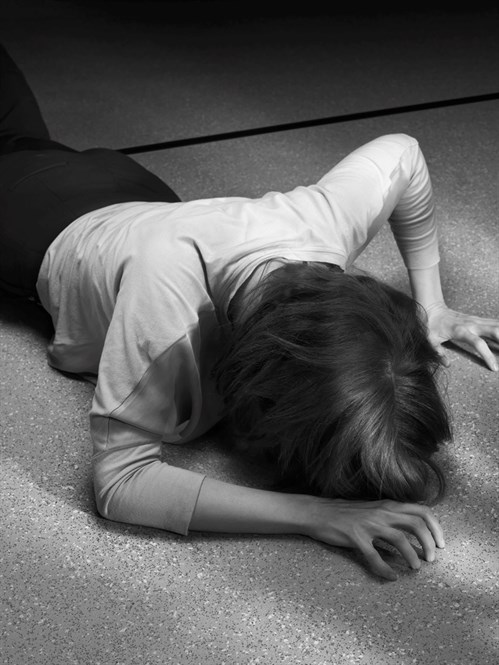 From the series: Under the Influence, 2014

The subjects you use in your images are often not models or actors, what is it like to shoot in this way? What do they think of your work?

I’ve stopped talking about this specific area of my practice, and have consciously closed down the discussion from my side. In Under the Influence I used this as a method to create narrative, the idea of ambiguity underpinned the project concept, and people’s assumptions were all there was to go on. I guess your assumption is that I don’t use models or actors, whilst may be I do? Possibly everything is made up, staged and constructed; or may be it’s real? Knowing doesn’t necessarily assist the story and in the case of Under The Influence, I was simply recreating my experience of watching exorcisms and attempting to communicate this feeling to an audience. I was trying to recreate the feeling of confusion, as I could never understand if what was presented to me in the church was real or not. Going back to your question though, I have no idea what people involved in this specific project think about my work. 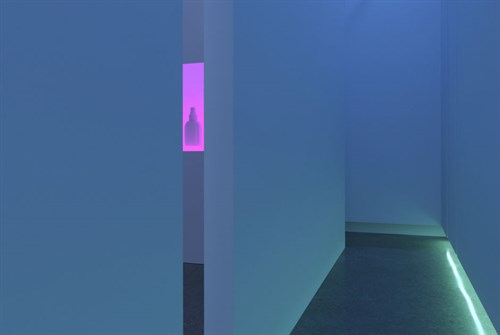 What role does the CGI play in your work? What does it offer which other mediums don't?

CGI is something I’ve been using as a way to push the boundaries of concepts such as realism within my work. My initial problem was finding an entry point in a field both vast and specialist, and this I did through 3D scanning which enabled me to directly draw upon skills I already possessed, but at the same time push into new areas. Working in conjunction with a 3D expert has opened up a new world of opportunities, and that’s what CGI offers, limitlessness. It’s another tool in a digital toolbox, and affords a level of control other mediums simply don’t have. In relation to my practice and my search for realism, it works perfectly.

What other artists working at the moment do you admire? 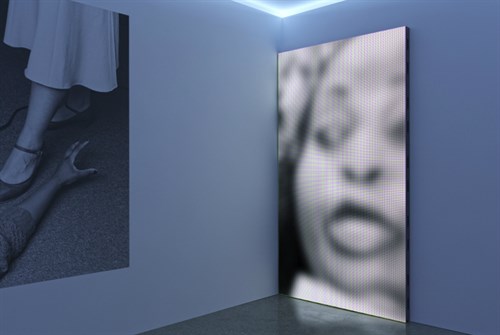 Under the Influence, Oonagh Young Gallery, 2015

I have a shows as part of Foam Talent and a new commission from European Photography Exhibition Award in which I’ve been pushing a number of areas within my practice. It looks at the appropriation of shamanic traditions into western culture, and the digital aesthetics of specific psychedelics. I’ve been developing advanced 3d scanning techniques, using Xbox Kinect, moulding, rendering, and combining infrared photography…. definitely experimental.