Home Thinking and Ideas 2016 06 Artist of the Month: Jason Rouse

Artist of the Month: Jason Rouse

This month we talk to Jason Rouse about his diverse practice, which considers the experience of painting in the digital age. 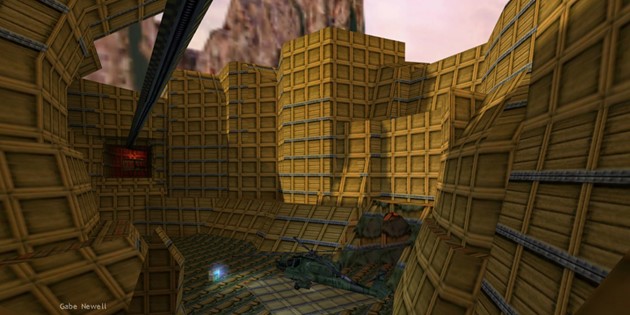 Tell us about your practice at the moment, how would you describe your work?

I’m an Irish artist living and working in Cardiff, Wales. I produce physical and digital work that explores the relationship between traditional art and contemporary technology.

A few years ago I naively drew up something of a ‘manifesto’ for the type of work I’d like to create. This included creating work of a large scale, using historically important techniques, colour and composition with a 50/50 blend of modern digital. Much of this still stands true but I’d like to think my work has since evolved to something more culturally relevant.

I’d say I am first and foremost a digital artist, even though I still (generally) use a paintbrush. This is much in the same way that David Hockney is very much a painter, even though he produces work on an iPad. 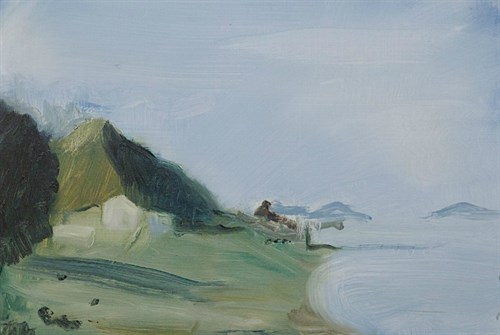 Tell us a bit about the role of romanticism or nostalgia of the landscapes you use? It seems like a theme which runs through a few of your works.

Its something that has never really disappeared from art, or at least from painting. Despite best efforts there remains a formidable output of overly romanticised work. Part of me recalls the early photography self-portraits, where the photographers would pose with easel & paintbrush. I don't see why its not possible to be self-referential with art, especially when working with new and evolving methods.

It seems that in the field you are making work in there is a lot of sharing ideas and work, how does this have an impact on your work? What is it about this way of working that you enjoy?

I like the idea that the piece doesn't have to stop with the work produced. To put it contextually, if you want to see a Van Gogh, you either visit the gallery, buy a book or Google it. The much needed opportunity to experience art first hand is becoming vastly easier to achieve. I like to think digital distribution adds to the interaction with the work whilst simultaneously detracting from the need to physically exhibit.

This additionally mirrors the culture from which digital art has grown from, the modding and hacking communities, developers and coders.

There is something both archaic and self-righteous about creating work in a studio until it is ready to be released onto the world via exhibition. One of the benefits of digital art is the ability to easily share work. Other aspects of internet usage are about sharing, so why can’t art be?

As an example, my recent work in Turkey was simply emailed to the curator. 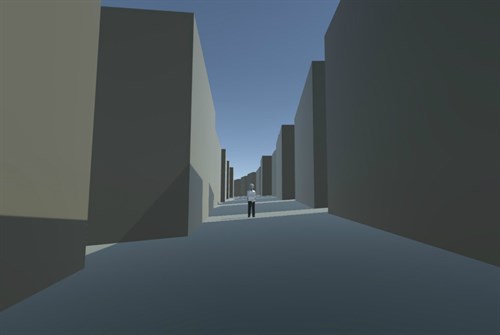 This quote from your blog is really interesting, can you see your exploration of this developing?

Photographing a subject is arguably the best possible way to record that exact place and time, down to the very second. When you are creating a sketch or a painting you are not only capturing the place and time, but the length of time it took to produce the work. There is something in the act of working and, indeed, working with a ‘live’ subject that lends itself to the physical aspect of my practice very well.

While I was studying a number of years ago, a friend of mine was producing ‘life drawing’ sketches from a rather risqué late night tv show. Although not exactly what I was looking for in my own practice, it struck me as something in between working with a live model and working from a photograph. It was this under-explored middle ground that I found infinitely more interesting.

I think I’ve exhausted painting from games, for now at least. There is more in working from digital sources that I’d like to explore but I might return to painting in this manner in the future. I still get recommendations from both artists and gamers for what environments to investigate next. 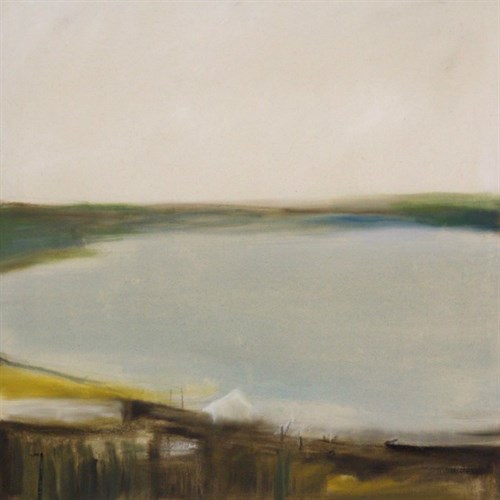 I attended the opening of the most recent solo show of ATOI, that is duo Amy and Oliver Thomas-Irvine, in Cardiff’s g39 gallery. Their work was described as ‘forensic architecture’ and simultaneously referenced big box art events like Frieze, industrial sculpture and an abandoned chemical factory in Cornwall. I found the detachment from source, polygonal output and faux art aspects of the exhibition very interesting.

Recently I have been working with artist Sarah Younan (whom I discovered via Axis) on two projects, one involving 3D scanning and printing in the National Museum of Wales and the other dealing with the immediate situation in Ankara. Younan’s strength lies in her ability to bring together very disparate practices and artists in her exhibitions. Broadly, her work deals with combining ceramics with technology.

In Dublin two months ago I was visiting the excellent Jesse Jones exhibition in the Hugh Lane gallery. After the exhibition I gave the gift shop an obligatory peruse and discovered a Thames & Hudson book on digital art with the cover image of a ‘Dead Drop’ conceived by the artist Aram Bartholl. Again, a piece with its roots firmly in the digital community. I’ve been intrigued by and followed Barthol’s work for a number of years. He is one of the most outstanding digital artists and I have recently quoted him in respect to one of my own pieces (Half-Life: Crate Edition).

I’d like to mention one of the pioneers of digital art, the critic & author Matteo Bitanti who has done much with the evolving medium and highlighted some rising stars via his books and website, gamescenes.org. I first became acquainted with Bitanti’s writing ten years ago and as the community has grown and developed he's become a consistent and increasingly important voice. 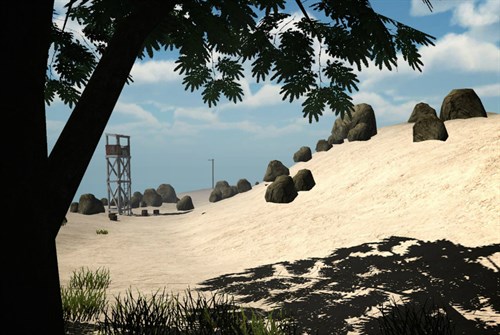 What have you got coming up?

I’m working on a number of smaller projects along the same line, with some plans to revisit eBay Morandi, an old project which I feel I didn't quite give the attention it needed. This work has been on my mind for some time and involves using found images from popular auction website eBay to create contemporary still life paintings with a focus on repetition, material and composition.

I’d like to contribute towards my local Cardiff Contemporary in Autumn 2016 with my own take on the previously mentioned ‘Dead Drop’. This is something I’ve also been planning to do, and as the theme of the show this year is ‘Communication’ I think this would be the perfect opportunity.

Further plans include a larger ‘crowd sourced’ piece later this year involving received digital 3D model files and 3D printing. If anyone is interested in sending me some items for this project please feel free to get in touch.