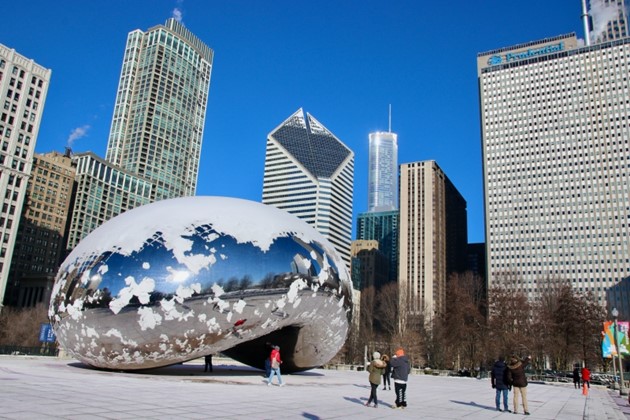 The CAA Annual is big. Really big. For someone whose experience of UK conferences has generally been limited to a handful of sessions over a couple of days at a university or arts space, the twenty-five simultaneous panels scheduled across five days at CAA can feel almost overwhelming. There’s even a CAA conference app to keep track of all your appointments across the sprawling hotel complex. I downloaded it as soon as I arrived—my ancient mobile phone complaining bitterly—and began to digitally ear-mark the discussions I wanted to attend. For me, these were primarily the ones dedicated to social art, which is the broad area of my own artistic practice and the main focus of my work here at Axisweb. And I wasn’t to be disappointed at the selection on offer: there were tens of academic papers and artist talks to hear, making it entirely possible to spend most of the conference exclusively inhabiting my own social arts bubble. Bliss.

There were discussions about protest art and public space in Hong Kong, informal attempts to decolonise contemporary art in Italy and projects to redress gender and race imbalances in public art in the US and South Africa. A high point of the conference for me was a paper by Isabelle Garbani, describing her use of social practice to explore issues of immigration with American high school students. Garbani created a series of games, drawing on her own experience of migration, including an immersive live action role play (or LARP) which highlighted some of the ‘abusive and absurd’ practices that characterise settlement in the US. (There’s more information about her work here: http://www.isabellegarbani.com/gameoflife.html). I also enjoyed the session on Mediating Drawing—which I hadn’t actually planned to attend—but found myself thoroughly absorbed by. ‘Books are things that hold things,’ said Marina Kassianidou in her presentation on ‘Drawing as Reading and Writing’, and I thought ahead to our ongoing attempt to create a Social Art Library and the different kinds of material elements—books, articles, videos and artworks—that we want to bring together to help us hold and pass on the under-told history of social practice to a wider audience.

Although the temperatures outside were sub-zero and some of my fellow conference-goers cautioned against venturing out at all, I wanted to see more of what the city has to offer. Bundled up with hats and shawls I shuffled to nearby Millennium Park to see Anish Kapoor’s famous ‘Cloud Gate’—partially obscured by snow—and took the obligatory photograph of myself reflected in its mirrored underbelly. I also enjoyed the slightly lesser-known ‘Crown Fountain’ by Spanish artist, Jaume Plensa—frozen during my visit, of course—which consists of two fifty-foot towers which project images of different Chicago citizens at either end of a shallow reflecting pool. I also managed to squeeze in a trip to Intuit: The Center for Outsider Art, a small space liberally stuffed with interesting and delightful work by self-taught and otherwise non-mainstream artists—although the current exhibitions seemed to suffer from a surprising paucity of female artists on display. 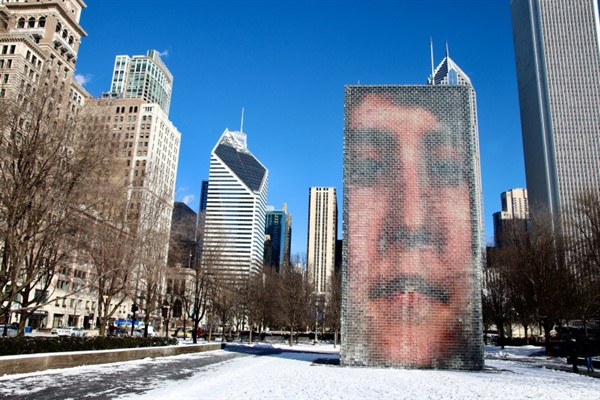 After the conference ended, on Sunday, I fulfilled an ambition held since it first opened to the public in 2015, to visit Theaster Gates’ Stony Island Arts Bank, located in the city’s South Side. Formerly the Stony Island Savings Bank, built in 1923, it was saved from demolition by artist, Theaster Gates, who purchased it in 2012 for $1 and repurposed it as a hybrid gallery, media archive and library, with a particular emphasis on black culture and heritage. The Bank now holds a unique collection of objects and materials, including more than 15,000 books, the complete back-catalogue of Johnson Publishing Company (who created the pioneering Ebony and Jet magazines) and 5000 vinyl records belonging to Frankie Knuckles, also known as the Godfather of House.

Curious about how Stony Island Arts Bank might provide a model for our own Social Art Library project, I was excited to take the official tour—which was unusually well-attended on account of the CAA being in town. Not only awed by the striking and sensitive layout and design and the monumental stature of the collections, I was also really impressed by the level of integration the Bank has achieved with the community in which it resides. Stony Island Arts Bank is operated as part of a wider project, Rebuild Foundation, which is committed to using arts, education and cultural development to transform urban communities, informed by three core values: ‘black people matter, black spaces matter and black objects matter’. Its subsidiaries, all located within a few block’s radius of the Bank include a ‘listening and archive house’, a school, a housing collaborative and studio block, and the organisation provides a packed schedule of activities such as yoga, dance, meditation, writing and visual arts, as well as offering support for research and activation projects in the local area. 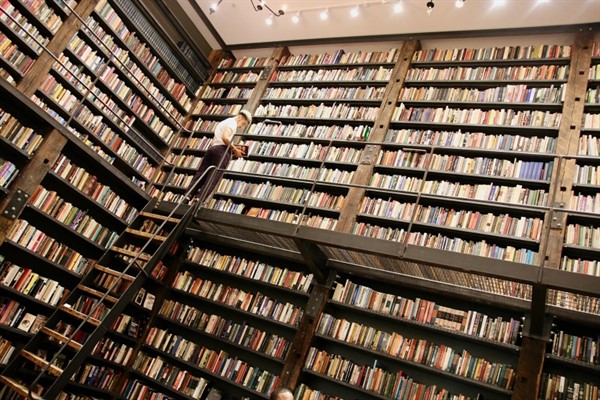 Inside the Johnson Library

In addition to its extensive library and reading rooms, the Arts Bank is a place to experience a wide range of cultural productions. With a few hours to kill after the tour, I ducked into the Arts Bank Cinema, which was showing Joseph Sargent’s movie, ‘Something the Lord Made’, a biopic of the pioneering black cardiac specialist, Vivien Thomas. A good crowd had turned out to watch and additional chairs had to be sourced to accommodate the steady stream of people who arrived once the lights had gone down. Later in the day, a weekly ‘Sunday Service’ was taking place in the Johnson Lounge, offering a daytime dance party with a wonderfully intergenerational mix of adults and children in attendance to enjoy the special blend of house, disco and soul served by DJ Duane Powell.

It’s also a place to meet celebrities (perhaps…). Idling in the bar before my meeting I was tickled to find myself face-to-face with Theaster Gates himself! ‘Can I get anyone a drink?’ he asked the room at large before ordering a round of icy Moscow Mules for all those taking. Star-struck folks from out-of-town, like myself, quickly imposed on him for selfies and rabid, gushing chatter which he graciously accepted, and then sat down to shoot the breeze, first with a couple of Rebuild Foundation staff and then with visitors awaiting the DJ set. A volunteer later told me that it’s more than four months since Theaster had last visited the Arts Bank, but it was clear that, as well as being an art world hot-ticket, he remains a much-loved fixture of the neighbourhood in which he lives and works. 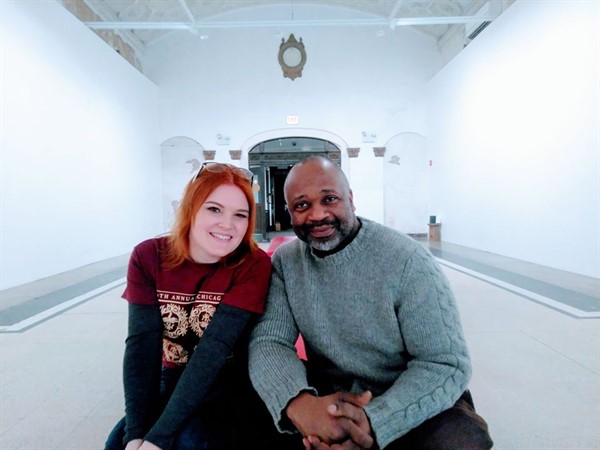 I set off for home the next day, filled with energy and inspiration for the next phase of our work on the Social Art Library—and wearing the sweatshirt I purchased from the Rebuild Foundation gift shop. It’s slogan? ‘Build the house you rock in’. Yes please. Let’s do this!

Watch this space for further updates over the coming weeks.